﻿
Good progress is being made on my Bird of Paradise quilt.  The parallel lines in the background are almost done. I have about 1/2 of one block left to do. 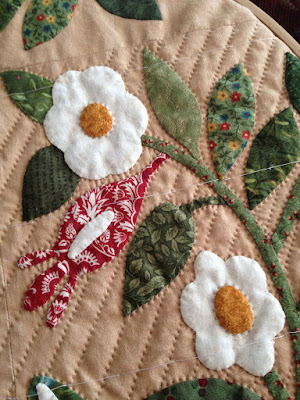 It was actually pretty fun to do. 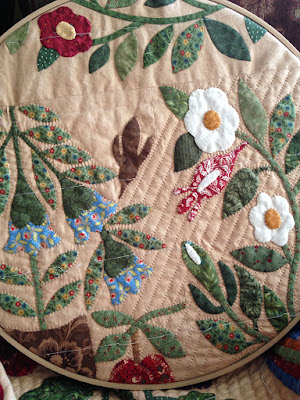 Here is where my hoop was this afternoon.  The sun came out briefly so it was a good opportunity to lay the quilt out for some pictures. ﻿ 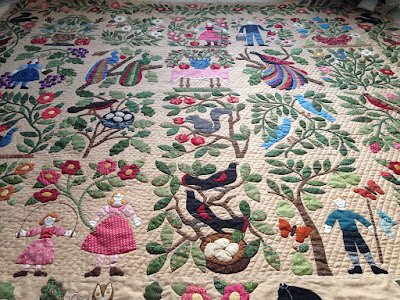 It's hard to get the whole quilt in and still have the quilting show.  I can see some areas where more quilting is needed like the girls' skirts.  I want to add veins to a few leaves and there's a vase and a tablecloth needing more quilting too.  I didn't cut away behind the applique so I will likely procrastinate finishing those things until the end ... 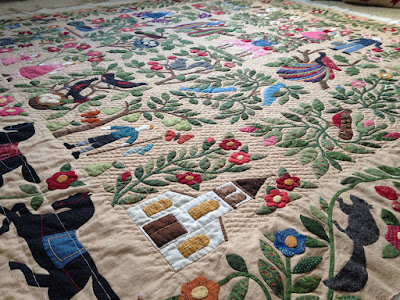 The border is next :0)  More outline quilting will come first.

a new year a new project

It's been 2017 for a while now.  I've been pretty busy but still a little stitching happened since Dec 12 of last year :0)
We decided to do a little renovation to our basement family room.  My sewing area is in that room so it got mostly packed up until the drywall dust settles. I just had to still sew so a small space was made in my bedroom to sew with my little Singer featherweight.  I received the Patchwork Diva's book "Treasury of Quilts" for Christmas and wanting to start something new, I pulled a few fabrics out of bins and made these 3 trees.  It was lovely to sew in my bedroom with so much natural light but it will be good to move back into my bigger space downstairs.﻿ 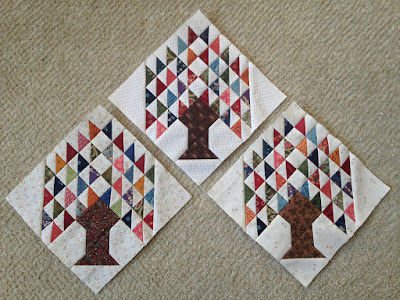 A while before Christmas I managed to get these signature blocks together.  I have the borders cut but with my sewing area so dusty and 1/2 packed away I haven't yet designed or started the applique.  I went without appliqueing for a few weeks and then - suffering some withdrawal - I started on the fourth block of my Radical Rose and Reel.  Wow, did that feel good - I missed it so much - lol! 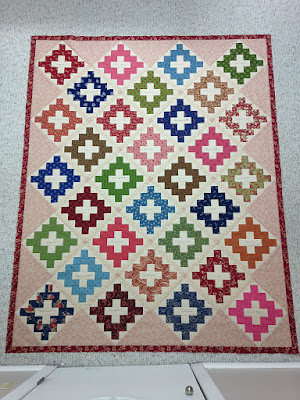 Instead of applique, over Christmas I worked on this EPP project.  It grew quite a lot. It was a good portable project to work on.﻿ 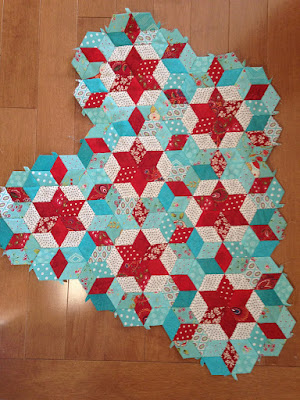 This last project was a little one I started together with a friend.  I found the pattern in a magazine I have since returned to the library so I don't know who designed it or what the pattern is called.  I was intrigued by the blocks - made from 2 charm pack squares.  It's kind of small to use as a table runner so I will likely add on some applique and/or borders... 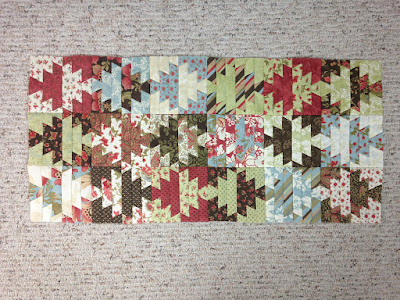 I thought I'd show a close up of one block. 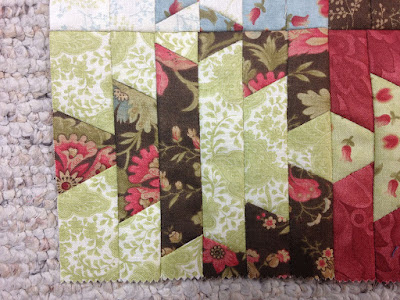 Other than that, I worked a fair bit on my Bird of Paradise hand quilting.  I've nearly finished quilting the centre of the quilt but the borders will take a few months more.  I will try to get a picture of it to post next time. 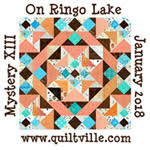